Benefits for the Olive Oil with the Night Harvest. 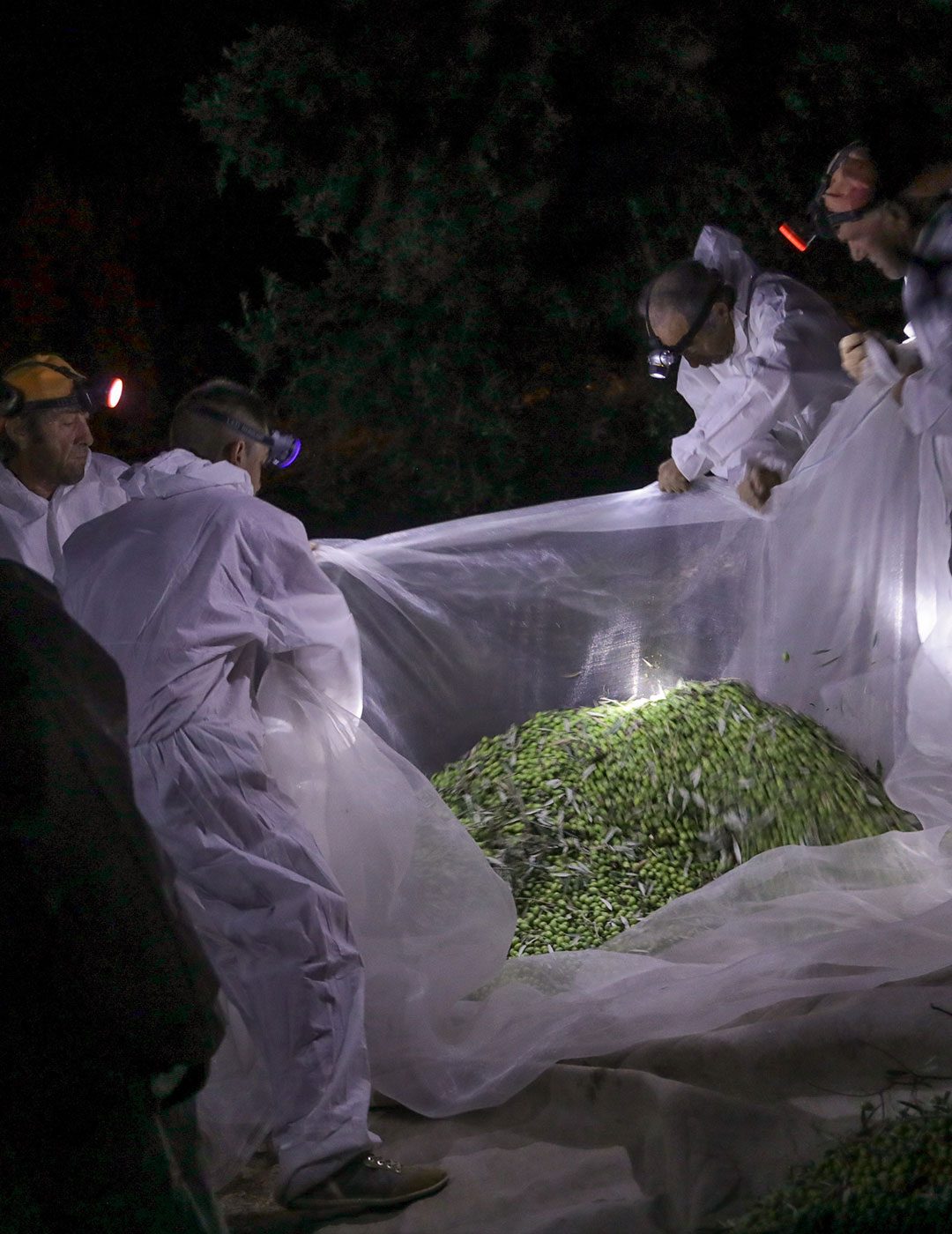 This happens with our olive, since the NOCTURNE temperatures are lower from October-November, and in addition, the olive is harder and does not break as easily as in subsequent months, during harvesting and transport to the mill. The fruit matures more slowly because the weather is colder at night. At that time, the maturity index of the olive has not yet reached its peak, and most are still green, they have been collected before their complete maturation compared to how it goes for the most common of EVOO. It demands a minimum production for an oil SPECTACULAR GREEN OLIVE JUICE with low fat yields and a search for VERY HIGH polyphenols for its proven beneficial effects on health.

On the other hand, α-tocopherol defends the body against attacks of free radicals, skin disorders and prevents cancer and arteriosclerosis. Some researchers have demonstrated a synergistic relationship between the antioxidant actions of some phenolic compounds and tocopherols.

The olive oil has in its composition the alpha, beta, gamma and delta-tocopherols. Tocopherols are compounds with activity of vitamin E, which is a natural antioxidant. Olive oil also contains vitamin A, D, Complex B and K. These compounds are known to contribute to the antioxidant ability of olive oil

The aroma and flavour components are the result of enzymatic reactions. Pigments such as chlorophyll, pheophytin, and carotenoids give the colors of olive oil.